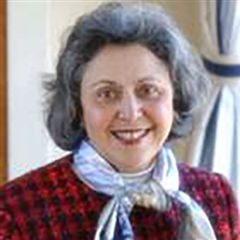 Co-Director for the Center for the Study of Learning and Attention
Department of Pediatrics
Yale School of Medicine
Dr. Sally E. Shaywitz is a professor of Pediatric Neurology at Yale University. She is the author of Overcoming Dyslexia and has published articles in many scientific and popular journals, including Nature, Journal of the American Medical Association, Scientific American and Child. She is a member of the Institute of Medicine at the National Academy of Sciences.

Dr. Shaywitz's ground-breaking research focuses on disorders of higher cognitive function in children, adolescents and young adults; of particular interest is the investigation of endocrinologic influences, gender differences and social and behavioral influences underlying dyslexia and attention deficit-hyperactivity disorder (ADHD). Investigations of endocrinologic and gender influences include examination of the influence of sex hormones on cognitive development during puberty and in a complementary study, hormonal/cognitive relationships in adult women. These studies use functional magnetic resonance imaging to investigate the influence of hormones on brain organization women.

Dr. Shaywitz is also engaged in an epidemiologic, longitudinal study of the cognitive and behavioral development of a representative group of 400 Connecticut school children whom we have been following for the past 12 years. This study, the Connecticut Longitudinal Study allows her to characterize the parameters of normal development (intelligence, academic achievement, behavior, school performance, self-perception), and to examine specific influences on these parameters (for example, how much change in IQ over time should be considered "normal" and what is the influence of gender, socioeconomic status, mother's education on IQ variation).
Back