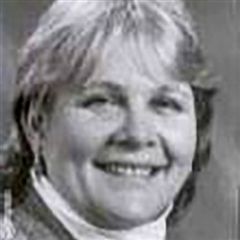 Principal
The Deak Group
JoAnn Deak, Ph.D. has spent more than twenty years as an educator and psychologist, helping children develop into confident and competent adults. The latter half of that period has focused on working with parents and teachers in their roles as guides for children. On her website is a quote that best describes her perspective on her work: "Every interaction a child has, during the course of a day, influences the adult that child will become."

Parents and educators from schools in the United States and abroad, as well as organizations such as the National Association of Independent Schools, International Schools Association of Africa, etc., have heralded Dr. Deak's ability to demystify complex issues of child development, learning, identify formation and brain research. Mary Pipher, author of Reviving Ophelia and The Shelter of Each Other has called Dr. Deak "an earnest idealist and a rigorous researcher... a good combination of head and heart." Michael Thompson, author of Raising Cain and Best Friends, Worst Enemies, has said that her writing "offers parents humor, understanding, parenting philosophy, and well founded words of wisdom."

In the 1980's Dr. Deak worked with Laurel School as a consulting psychologist, where she participated in a six-year study with Harvard and a team of researchers led by Carol Gilligan. Following that study, Dr. Deak joined Laurel School as the Director of the Lower School and Director of the Middle School. She also was the founding Director of Early Childhood. She left Laurel in 1999 to expand her consulting role with parents, schools and other organizations nationwide and internationally.

Dr. Deak has been an advisor to Outward Bound, a past chair of the National Committee for Girls and Women in Independent Schools, on the advisory board of New Moon Magazine, the Seattle Girls' School, Bromley Brook School, Lendl Montessori School, Power Play and Girls Can Do. She consults with organizations and schools across the in the United States. Most recently she has worked with international education associations and parent groups in Australia, Borneo, Canada, England, Ethiopia, France, India, Kenya, the Philippines, Nepal, New Zealand, Scotland, South Africa, Switzerland, Taiwan, Tanzania, Thailand, Turkey, and the United Arab Emirates. She has been awarded the 2003 Woman of Achievement Award by the National Coalition of Girls' Schools and was given the first Female Educator of the Year Award 2002 by Orchard House School. She has been named the Visiting Scholar in New Zealand in 2004, the Visiting Scholar for The Red Oak School for 2004/2005 and the Resident Scholar for the Gardner Carney Leadership Institute in Colorado Springs for 2006, 2007 and 2008.

Dr. Deak has written two books:Co-edited one book:Contributed to two books:Written numerous articles and is working on her next book:
Back