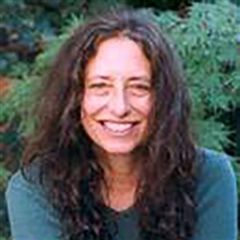 Professor of Humanities and Applied Psychology
Steinhardt School of Culture, Education, and Human Development
New York University
Carol Gilligan, Ph.D. is a psychologist and writer whose 1982 book In a Different Voice: Psychological Theory and Women’s Development was described by Harvard University Press as “the little book that started a revolution.” She initiated the Harvard Project on Women’s Psychology and Girls’ Development and co-authored or co-edited five books with her students, including Meeting at the Crossroads (with Lyn Mikel Brown), based on the study at Laurel School and a New York Times Notable Book of the Year in 1992. She is the author of The Birth of Pleasure: A New Map of Love (2002), Kyra: A Novel (2008), and most recently, Joining the Resistance (2011). A member of the Harvard faculty for many years, she held the university’s first chair in gender studies. She is currently University Professor of Applied Psychology and the Humanities at New York University.
Back